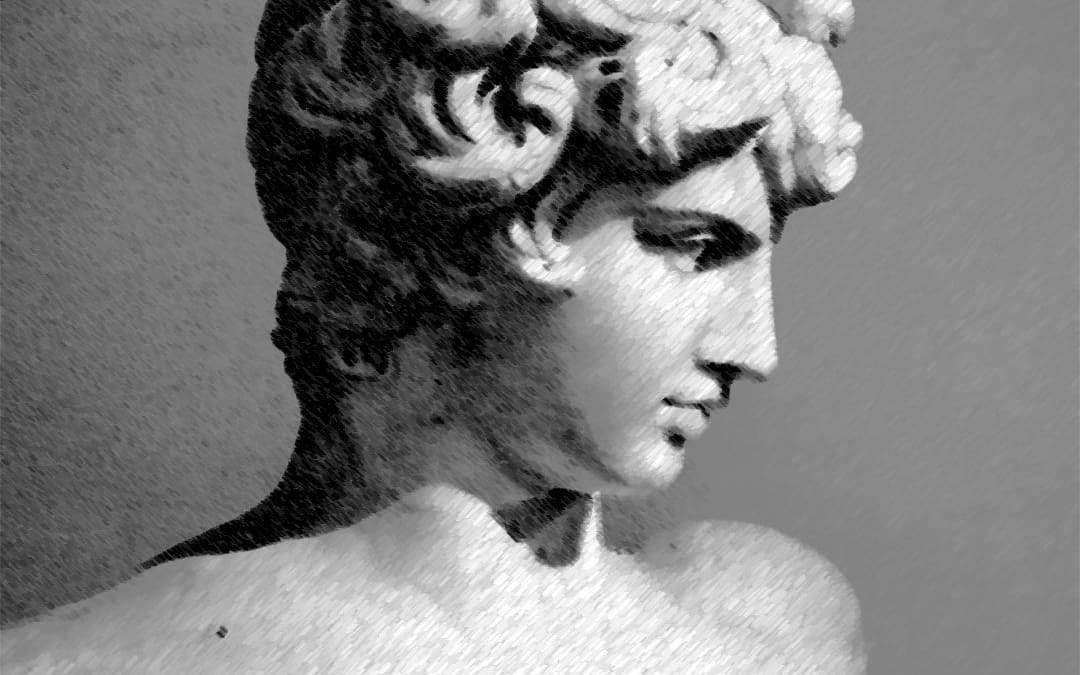 Hadrian (76-138) born in Spain to a provincial Roman family, was named Roman Emperor in 117, succeeding his uncle Trajan. His reign was noteworthy for preserving the “pax romana” and renouncing to further expansion through conquest. He spent a long time away from Rome, traveling far and wide across his vast empire. His concern about the Empire’s prosperity and well-being led him to impulse long-term reformations in administration, justice, education, economy and military, even going as far as to grant a certain legal protection for slaves.

A great connoisseur of art, he decreed the construction of several buildings designed by himself, the most notable of which is the Roman Pantheon, which still stands. His love for Greek culture and history made Greece his favorite province, which set the mold for his erotic inclinations. Although it is undoubtable that he had sexual relations with woman, and he did not consider himself a “homosexual” (a term which didn’t exist in ancient times), it is also clear that he had a preference for men. Without a doubt, the one he loved the most was a young Grecian man named Antinous. The youngster was by Hadrian’s side for six years, a time during which they shared love and travels, until his premature death in the waters of the Nile. The Emperor’s pain was terrible. His memory, the greatest testament mankind has ever seen.

There are two theories behind the young man’s untimely demise. The first involves his age — in the classic world, homoerotic relationships were tolerated, even respected, as long as one of the partners was a teenager. The adult was supposed to be tutoring the youngster in the affairs of love. As soon as the younger partner’s beard started growing, it was time to put an end to the relationship. Antinous must have been almost twenty. Being cast away from the caesar, if his love was true, would be painful, but staying with him would have brought them great shame. Suicide was a more honorable way out.

The other possibility, much more somber, is that the boy willingly threw himself into the Nile, hoping his sacrifice would lengthen the life of his aged lover, whose health was already deteriorating. The poet Julia Balbilla, who was traveling with the imperial caravan as a friend of the Empress, was descended from an astrologist who had, long ago, recommended a similar cure to emperor Nero Claudius. Could Balbilla have told such a story in Antinous presence? We will never know.
Hadrian was heartbroken by his beloved’s death, understanding the young man’s death as a sacrifice for his well-being. He ordered the construction of a city on the site of the tragedy, he named a star after his lover, he elevated him to Godhood, likening him to Dionysus… Across the Empire, funerary games were celebrated, temples were built in his honor and orders dedicated to the worship of Antinous were established. His presence suddenly flooded the Roman world. No other private figure of the ancient age has left us as many images as the young Antinous.